(Runnin' With The Dweezil does not claim to be endorsed by Van Halen.)

This is the choice for the biggest Van Halen fans around. At less than $2 per episode this is the most affordable and complete package around! Every single episode from The Early Years and Right Here, Right Now plus way more!

(Runnin' With The Dweezil is currently in production - All Season Bundles will populate as the episodes are released in order.)

The live stream audio resolution is 16bit-44.1k @ 320kbps. When downloading the episodes, the downloads will be high-resolution FLAC files at no extra cost.

Once the content is purchased, the files can be downloaded, then loaded into any preferred audio player, such as (Apple Music or Spotify or similar) or using an internet connection, the files can simply be streamed from dweezilzappa.com directly to a preferred computer or phone.

Reward Points earned by dweezilzappa.com community members contribute to even better pricing options for all products on the site. The more love you show, the more your rewards grow!

Very happy to have a couple of episodes to listen to. Amsterdam and Aftershock are badass. Balance gets overlooked in the VH catalog, but personally I like it better than OU812. The glaring differences between Balance and VHIII make it clear that EVH was maybe struggling with some demons…and possibly some hearing loss. Balance was clean and shiny while VHIII is dark and muddy. Then compare to ADKOT where the fire was back with a vengeance…despite Roth’s shoddy vocals. VHIII is an obvious misstep … most bands have them.
Again DZ thank you for this project. I enjoy it very much. Anxious for the next episode.

Dweezil,
I see both sides of the statement Matt made about the VHIII album.  I agree that some of the songs could have gone longer than a 7-minute segment BUT I appreciate your willingness to change it up.

Matt's comment about "Incoherent babble" hits home on this album.  I think this would have been the perfect Eddie solo album and everyone would have been ok with his statement.  Sadly, I think management pushed the idea that another singer could come in and do the same thing Sammy did.  Edward WAS NOT in a good place.

96  The controversy of Sammy and Ed butting heads in early Jan/Feb. "Remember, Humna's Being is the song that broke the camel's back for the band. Ray Danniels convinces Edward and Alex to do the Twister music soundtrack AND include a Van Halen track and Sammy was exhausted. They make a video for Human's Being and Don't even get along on set. Watch the video and you can tell they are not happy even Edward doesn't smile but rather smirk almost. In June they announced a separation from Hagar. Danniels/Warner Brothers bring up the idea of DLR after convincing them to do a greatest hits album and they work on that with DLR.  September 4 is the MTV debacle in NYC which in hindsight should not have been done because it was TOO CLOSE to the separation from Hagar. (It's akin to being married, divorcing, remarrying, and then divorcing your second wife only to turn immediately around and hang out with your first wife and proclaim your love) This sent them down a bad path.

97 Danniels turns around and needs a singer since he has lost both and turns to his band Extreme. He forces the third marriage all while Edward also is still battling health and anxiety issues and alcohol goes in and out. I believe forced sobriety could be a term used for him in 1997. Danniels job from WB is to refocus Edward and convince him Gary is a great partner. Alex is now stuck with Danniels because he played his hand and it has ended in disaster but can't because of Danniels in his family. (Dweezil, certainly correct me if I am wrong about any of this)

1998 for this tour you convince Edward to play more of the early Van Halen because there was such a high of seeing DLR at the music awards and prop EVH up with the marketing of "Who the F**k is EVH?"  Counter all of this with his flame out of the album sets EVH back YEARS if not a decade.

1999 make another album and it sounds the same as VHIII and suddenly WB wants nothing to do with them beyond previous albums.  Fallout is horrible and EVH retreats to 5150 and begins a downfall.
2000 Nothing

2006 Nothing but Michael Ninn-directed adult film Sacred Sin
2007 Get DLR back and bring Wolfgang in to tour to make some money but ultimately "health issues" sideline this again.
2008 Tour continues and Ed goes to rehab for 6 weeks


All of this to say, Edward did not have a lot of self-esteem. Greg Renoff's book documents this over and over.  Ted Templeman, for all the bad press, was able to channel EVH and stay focused. EVH ultimately didn't like nor understand what Ted did.  VHIII is THE example of a band without a leader. It's Raw, it's different, and as Blues said, is incohesive.

Y’all are being way too harsh on vhIII.

F.u.c.k is my favorite vh album

in reference to III, I remember reading an interview that coincided with the release and Ed seemed to be very happy with a newfound sobriety, being in therapy and having a new love.

all things mentioned during From Afar, by y’all.

I always joked that I was one of 11 who liked this record. I think it was all about the timing of hearing it, which is so important to the music we like.  I’m in agreement with all the points you bring up about production and  and meander and lack of focus, but I’ve listened to it so much I still like it. 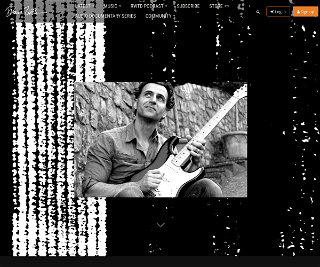