My new record titled Somebody is finally here. 10 brand new Instrumental songs taking you on a musical journey. I’ve put a lot of time and effort over the last few months into these songs and I’m very excited to share them with you. I had no intentions of making an instrumental record, It's something I always felt intimidated by. I always felt like I had to follow a certain path taken by musicians such as Joe Satriani, Steve Vai, Steve Morse, Eric Johnson, Paul Gilbert, Andy Timmons, and many other guitar players within that style. As hard as I tried over the years to do that I finally realized that I'm not that kind of player and I just can't play like that. Lately, I've been doing some instructional videos out of necessity and I was providing some backing tracks to go along with the videos. I thought to myself, why not put my guitar parts down as well and make them original. One thing led to another and this one backing track just changed my thinking. It was nice to just hear some simple music with not a lot of flash going on. Long story short, that's the approach I started taking, and all of a sudden one song led into another. I wanted to make some music that wasn't so much focused on how to play the guitar but how I can use the guitar to make enjoyable music that could appeal to non-guitarists. These songs were created by a certain spirit from a place I can't explain. I'm a believer in the power and spirit of space, earth, sky, and the universe surrounding all of us, and these songs were written with that spirit channeling through me from that power. I know it sounds strange, but when something happens and you have no idea where it came from you just have to sit back and enjoy the ride, and what an incredible ride it was. This record contains 10 brand new original tracks that I’m very proud of. I hope you enjoy listening to these songs as much as I enjoyed making them.

Let the spirit flow within and enjoy the music with an open mind.

Thank you for all your support. 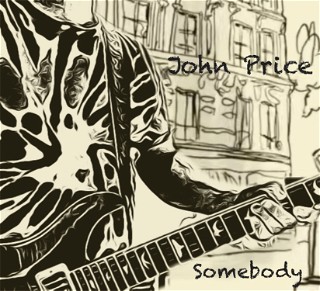