These are songs I sang during my training, focusing on The Platters and Donny Hathaway respectively, but the likes of Sam Cooke, Otis Redding, Al Green, Harry Nilsson, Glen Campbell, & Jackie Wilson as well (order not important in regard to artists worth…that wouldn’t make any sense).

In my personal training, (thanks pop for supportin’ me with a singin’ program and a camera), the first stage was taking away air, second stage was singing right repertoire, third was getting that air back, fourth was enunciation…didn’t figure out how important that was for the style I like to sing till recently. To put it lightly, singing is hard-correction…singing well is hard, and depending on who you talk to, you may not be singing “well” at all. When it comes to any approach one must understand that ideas have consequences. Like I said in “SONGBIRD”(the album before this one), I was an overbreather; someone who would take in waaaay to much air and sing as Loud as I could…that didn’t last long. I had to learn to sing with very little air (thank God for Tony Williams of The Platters-and Marnell Sample of course for showing me this revolutionary idea to sing with less breath). My vocal chords got stronger, stretchier and my vocal range grew. Eventually I had to get that air back with balance (lest my neck veins would show), but before that I was lead to Mr.Donny Hathaway (thanks be to God for the advent of YouTube yet again #unsung) I not only learned to sing with less air, but more emotion, eventually with control (when you sing Otis Redding you kinda let it all out there and hope for the best I guess). Everything was looking up! I became more consistent, with this new approach to breathing I could sing much higher, stronger, louder,but eventually this cat got too curious (or wolfie these days?…)and as The Lord planned it, I met, “The Man with No Name”.

Now without getting into too much detail, this man I met outside of a mom n’ pop shop liquor store (#quickstop). I’m very courteous to homeless people (at least I try to be) and so when this man wanted to get into a debate on how “Christian People” were responsible for the woes of Native American tribes, (I was in line) respectfully, we took it outside. After showing him the utter foolishness of his position (and I believe) sharing The Gospel with him, I asked him his name…he said he didn’t have one. Not only did he say that, but he also told me he was a retired opera singer . Now I know what your thinking,” why would you believe, let alone listen to a man who claimed he had no name and wanted to argue with you about Christianity then give you singing advice?”. Trust me dear reader, I understand your point, I was thinkin’ it too, but let’s give him the benefit of the doubt, shall we?
He told me all the things he knew (well enough to keep me from my wife hours into the evening-the first night) and expressed very important things in the realm of song that he had learned from his youth (younger daaayyss?).
I did what anyone would do, I took what I liked, and left out the things I didn’t, but what I did not understand fully, is that he was teaching me from a different school of thought from what I’d been training under. No one can serve two master (in the Bible somewhere said by Jesus-Mathew 6:24…I was lazy then changed my mind. I looked up the reference on google…) The conflict was inevitable. When I’d sing, it felt like those schools of thought were in a fight and one of them was gonna get knocked out. By The Grace of God, (I later took the strength I needed from taking away the air, then the balance I needed from getting the air back by know enunciating the words of the tune-being more emotional when necessary) in the end I took what was good and spit the rest out-only that process took much longer than I’d hoped for and it was not so fun during the ride, except this notion; He said, “sing the the line like the emotion sounds; feels”- at least he said somethin’ like that. If it’s a sad song and you sound happy or vice versa, it ain’t gonna work, unless that’s what your goin’ for or somethin’, but know this, what’s worse than singin’ with mitch matched emotions (again, unless that’s what your going for!) is singin’ with a bad attitude. A bad attitude effects performance-if the attitude fits within the context-cool, but no matter what, how you feel will come out in the performance…unless your an actor-DONT LIE (sometimes you may have to play a part, but that’s different. If your not feelin’ like singin’, either change that attitude or don’t do it-it’s massive cognitive dissonance no one needs to hear, unless you’d like to laugh at yourself)! That’s sin. No matter what the approach, what still rings true, is if you don’t feel it, everyone else listening (God included) will feel that you don’t feel it. Do the Godly thing, sing what is true, genuine and beautiful like God intended. Praise is fitting for the righteous. You can know what that feels like (and for subscribers) you can hear what it sounds like when you don’t (At the end of the album I have a collection of FAILS where you can hear my heart, my soul, my mind were not in it-coulda been a bad day too, it happens, but I think it was more of a broken heart that felt nihilistic that night. Nihilism is stupid, don’t be silly like I was, especially since everything has purpose because of our creator). Now, I met with The Man with No Name a couple more times and I’m not really sure if our meetings were extremely profitable (the were in a different way. I did say I went to Thr School of Hard Knox didn’t I?) , but one things for sure, it takes a whole lotta failure (unless your grace meter is just through the roof) to make one success. Keep singin’-God digs it when we do (He commands us to praise Him for crying out loud); we were all born with voices (at least a good majority of us, so make those who can’t speak joyful. Sing loudly, with intent, with joy, with soul (with less air if you were anything like me) and remember to love God with all your heart soul, mind and strength and love your neighbor as yourself when you live and when you sing, if you don’t, we’ll let’s just say your missing out on everything. I hope these tracks demonstrate that. God bless you.

These recordings were taken from Feb 5,2019-April 26,2021. Your welcome for the FAILS by the way. Everybody needs a good life from time to time.
In these recordings,NO MICS (except my basically expensive microphone: my iPhone) just backing tracks in a room with voice.
Hope this blesses you on your journey and that you do enjoy. God bless you!

All backing tracks found on YouTube (mostly on the “Karafun” channel)

Robert York featured on piano and voice for the vocal exercise (who also played on my track, “An Evening Like This”, Piano, Organ & lyrical editing-Lord willin’, comin’ to you soon! Anywho,
Thanks for listening* 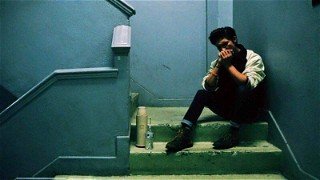